What scientists inspire you?

I’m trying to make the difficult transition out of postdoc-dom into a more permanent position. It’s been hard, full of rejection and difficult personal and professional negotiations, and my future is still very uncertain. During this time, I’ve been thinking a lot about the hard road that even some of the most famous scientists walked on the way to their world-changing discoveries. One scientist I’ve been thinking about frequently is Albert Einstein, because he went through an extended phase of failure and rejection. He spent nearly two years looking for work!

Over those two years, Albert Einstein was applying for jobs as a physics teacher. He was getting rejection after rejection after rejection. Does this sound familiar to any of you? (If not, you are probably not applying for jobs in the biological sciences—or you are either incredibly brilliant or incredibly lucky).  He became so depressed and desperate because of these unrelenting rejections that his father even wrote a pleading letter to a professor who was a distant acquaintance, begging for a job on Albert’s behalf—can you imagine the humiliation?

Unemployed and without any clear prospects, Einstein was unable to support his girlfriend or their daughter, Lieserl. It’s unclear to history what happened to this child, but she likely died as a baby of scarlet fever or was surrendered for adoption. Her parents did not speak publicly of her. Lieserl’s existence was only discovered from her parents’ letters after their deaths, letters in which her young parents did what most young parents do—decided on possible names, joked about their preferences for a girl or a boy, cherished her existence.

So, this is a portrait of Einstein when he finally was offered a job as a patent officer in Bern: he had just suffered countless professional and intellectual rejections, his parents were unable to continue to support him financially, he was in a tumultuous relationship with his girlfriend, and there was a baby and then, at some point, there wasn’t. No matter what happened to that baby, I find it impossible to believe that her parents suffered her loss easily.

In 1902, Einstein excitedly accepted the patent clerk job, which was decently paid but certainly not his passion. This job provided a degree of economic security that allowed Einstein to live decently, to marry, to have another child, to have time to think, and to make friends.

And then, 1905: the ‘Annus Mirabilis’, the miraculous year where he published the papers that irrevocably changed scientific thinking on Brownian motion, special relativity, mass-energy equivalence, and the photoelectric effect. The rest, of course, is history. 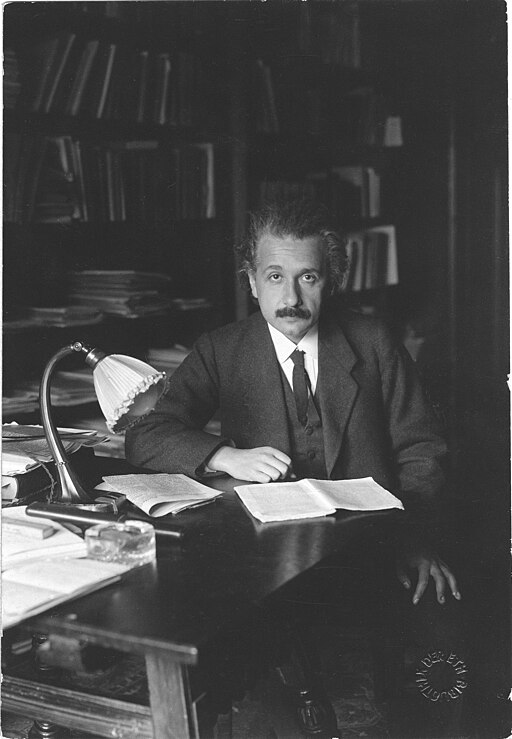 How did those ground-breaking papers happen? Is it simply the case that a scientist *will* do science, no matter their circumstances or professional opportunities, the same way that a writer will write, or an artist will create? I find this last thought really comforting: I can see the doors of academic scientific research closing to me, but I find it really difficult to imagine a life not doing science.

I don’t compare intellectually to the scientific luminary I’m writing about. Yet, I find it inspiring to think of amazing scientists as individuals, as humans who did not make easy decisions or live in easy times. Who found their own routes to discovery even when excluded from academic establishments. Whose flashes of inspiration and works of genius came through a sea of human emotions and human lives.

What scientists inspire you? Is it someone you’ve met or worked with? Someone whose current work is motivating to yours? Or is it someone you know only through history and textbooks?

6 Responses to What scientists inspire you?